In 2010, China became the largest manufacturing country and regained the largest national throne in manufacturing for 160 years. At present, it has maintained the number one position in the world for five consecutive years. Compared with the developed countries such as the United States, Japan, the United Kingdom, and Germany, many of the products lack core technology, high-end equipment and key chips.

Since these countries have mastered the core technologies and thus mastered the right to speak and the overall design initiative, China's manufacturing industry still faces imbalances in industrial structure, insufficient independent innovation, insufficient brand effects, and poor channels for the transformation of scientific and technological achievements. problem. Therefore, China is currently a big country rather than a manufacturing power.

First, the industrial structure is unbalanced

China's manufacturing industry mainly develops planting, forestry, and a large number of mining resources. Under the traditional industrial model, although productivity has been greatly developed and huge wealth has been created, it will pay a heavy price for the unreasonable development and use of resources and environment. China's new industrialization road can't take the road of pollution control first, and must take the road of low resource consumption, small environmental pollution and sustainable development. Therefore, we must pay attention to the coordination of economic development and resource environment.

The construction of real estate and infrastructure in recent years has stimulated the rapid development of the steel industry. However, the development of the construction industry has gradually slowed down, and the price of steel has also fallen by a large margin. The accumulation of a large amount of steel has caused the current overcapacity of steel production. This is just a microcosm of overcapacity in China's manufacturing industry.

Overcapacity has caused China's manufacturing industry to be in a very disadvantageous position when competing with other countries. The government should introduce corresponding policies to alleviate the current overcapacity in various industries. 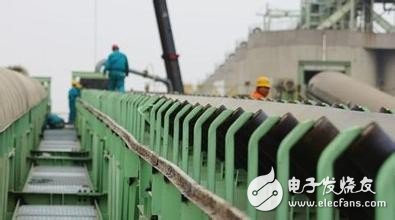 Overcapacity is a major pain in China's manufacturing industry

(2) The proportion of service-oriented manufacturing industry is obviously low

The â€œ6+1â€ model of the industrial chain, China has long been at the lowest level of manufacturing, namely â€œ1â€, six non-manufacturing industries including product design, raw material procurement, warehousing and transportation, order processing, wholesale operation and terminal retailing. In the hands of some developed countries, it is difficult for China to occupy a dominant position and lack competitiveness in such an industrial chain model.

(3) The product structure of all walks of life is becoming more and more similar, and the vicious competition between industries spreads from domestic to foreign countries.

As soon as the Chinese see the development of the industry, thousands of people will be eagerly awaited, and the industry will no longer flourish in a few years. A large number of people are also facing unemployment, and college students in related majors have also encountered difficulties in finding a job. China's garment manufacturing industry has been relatively competitive in the past, but in recent years most of the bosses have turned to the apparel industry, causing some garment factories to begin to face the danger of bankruptcy.

China is the world's largest shoe-producing country and exporter. In 2010, China's footwear exports reached 7.65 billion pairs, with a total export value of 21.81 billion US dollars, and exports accounted for more than 53% of the world's total exports. Due to the poor competition between the industries, they have to fight the price war to win the market, resulting in low profit per pair of shoes. The average profit per pair of shoes is 2.5 US dollars. Although the export volume is huge, the profit is not high, and it is not worth the US production. The profit of an aircraft carrier. As a result, China has a large number of low-cost laborers who work hard every day, but receive very little return.