In the future battlefield, dozens of small, fixed-wing UAVs will likely become mainstream operations. The group leader of China Electronics Technology Corporation, Mr. Zhang Dengzhou said, â€œOur colony drone technology is already the top in the world.â€ The colony drones into the combat mainstream China's intelligent clustering technology leads the world despite the current large-scale predators Human-machine and reaper drones are the main forces of modern military drones. However, in future battlefields, dozens of small fixed-wing drones assembled in formation flight mode may become the mainstream of UAV operations. If these acrobat drones are used in the future, China firmly believes that they will be in a leading position. As you might expect, the advantage of the colony drone depends on its number. Only one missile can shoot down a multi-million dollar F-35 helicopter. The drones can bear casualties and Failed, even if a portion of bee colonies were lost, the remaining drones could continue their mission. If the swarm of drones is large enough, they will be able to completely suppress the defense through uncontrolled bee colony attacks. 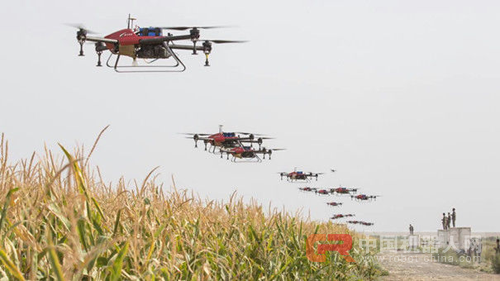 The U.S. Navy hopes to get drones with extremely low costs. It is expected that the cost of a drone group will not even catch up to one missile. At the same time, the U.S. Department of Defenseâ€™s Advanced Research Projects Agency is developing its â€œelfâ€ bee colony. The aircraft, while the United States Air Force is hoping to get a miniature colony drone capable of suppressing air defense systems. "Perhaps you have 100 or 1,000 surface-to-air missiles," Colonel Travis Burdine, head of the U.S. Air Force drone division, told Flightglobal. "But we will use 10,000 small drones to attack." The key is that the entire â€œbee swarmâ€ can act as a unit, but not all the drones are controlled centrally through the central control unit. Instead, each drone in the swarm is coordinated with software to make it The behavioral patterns of birds and fish groups can be imitated in flight. At present, the U.S. military "Reaper" drone needs to be controlled by the pilot remotely, and the operator of the drone drone can command any number of drone groups. After the operator issues an instruction similar to "Search this area", the colony drone will automatically coordinate its individual members to complete this task. Over the years, the U.S. has obvious advantages in terms of colony drone technology. Last year, the American Advanced Robot Systems Engineering Laboratory (ARSENL) claimed that they set a record for the number of bee colonies in California. Monterrey launched 50 drones and used the same controller to control the drone fleet. However, at the 11th China International Aerospace Exhibition held last month, the 41st Institute of China Electronics Technology Corporation, a state-owned company from China, claimed that they launched and controlled 67 UAVs at the same time. The results broke 50 records set by the Advanced Robot Systems Engineering Laboratory last year. Mr. Zhang Dengzhou, a group leader from China Electronics Technology Group Corporation (CETC), said, â€œOur bee colony drone technology is already the top in the world.â€ According to reports, China Electronics Technology Corporation (CETC) released the swarm drone video Demonstrate drone take-off and maintain formation flight, and declare that they can carry out real-time network transmission when flying and carrying out intelligence, surveillance and reconnaissance missions. These are the autonomous operations of unmanned drones. The key features to achieve. The end of the video hinted at the concept of use of colony drones, like â€œsaturation attacksâ€ where swarm drones find enemy missile launchers and then attack them and destroy it. The unmanned drone used in the video of the colony drone released by China Electronics Technology Corporation (CETC) was identified as the Skywalker X6s drone, manufactured by Skywalker Technology Co., Ltd., headquartered in Wuhan. The Skywalker series is very popular among drone enthusiasts. They only need to spend a few hundred dollars to buy a Skywalker product and install other suitable electronic products according to their preferences. The American Advanced Robot Systems Engineering Laboratory (ARSENL) even used the Skywalker X8 drone in their colony drones. The Skywalker series drones are so popular because they are cheap and they are easily adapted to user needs. This is why the IS Islamic State is keen to use the Skywalker series drones to carry bombs. Skywalker X6s drone basic parameters airframe wingspan 1500mm fuselage length 650mm motor 2816KV840 steering gear 17g*2 take-off weight 1800-2000g take-off approach manual shot, catapult landing approach slide-down, umbrella drop battery 4000 mA wind resistance Ability 4 cruise speed 40 km/hour battery life 60-120 minutes ceiling 4000 meters