â€œThe bottlenecks in the development of unmanned vehicles include technology, laws and regulations, infrastructure, etc. In terms of technology, there is no fundamental bottleneck in software. The biggest bottleneck is the integration of existing technologies and the ability to integrate technology across industries.â€

"At some critical point in the future, artificial intelligence will surpass human beings and will open a new era of civilization." The singularity theory of futurist Rey Courwell 10 years ago is still astounding, 10 years later, The discussion frenzy that artificial intelligence has triggered around the world seems to have invisibly metaphorically approximated the singularity. 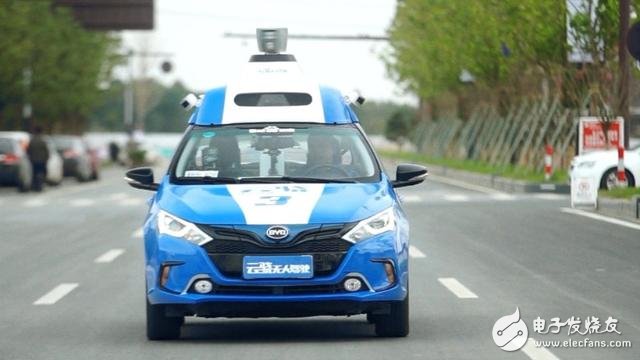 As one of the important application directions of artificial intelligence, the advanced imagination and confusion brought by driverlessness is no less than the artificial intelligence itself. "By 2030, you will have a self-driving car." Kevin Ashton, the father of the Internet of Things and executive director of the Massachusetts Institute of Technology, recently talked about innovation as he predicted. In his view, with the rapid development of Internet technology, it is no longer difficult to have autonomous driving or even driverless cars. Unmanned vehicles will soon be born in the Internet of Things.

However, the current situation is that the unmanned technology is still in the â€œexplode periodâ€, and human beings are also suspicious of the safety of unmanned vehicles. At the same time, the technology giants still spare no effort in the layout of unmanned vehicles. "Now the entire industry, including Google (microblogging), Uber, Apple and other companies are basically talking about the five-year plan." In an interview with the 21st Century Business Herald, Bai Jin, senior vice president and head of the autonomous driving division, pointed out that â€œIt is expected that after five years, Baidu unmanned vehicles will be mass-produced, and users can directly purchase the corresponding driverless cars.â€

The ambitions of the giants

In fact, the advancement and deep learning of artificial intelligence allows on-board computers to access the cloud processing platform, instantly integrate data, and travel to the intended destination. According to the Brookings Institution, by 2035, China alone will have about 8.6 million self-driving cars, of which about 3.4 million are fully automated. The Boston Consulting Group predicts that driverless cars will account for 25% of the global market between 2035 and 2040.

Such a huge piece of cake naturally causes the covets of the giants. Google pre-emptively announced the start of the development of a driverless car project in 2010. In 2012, Nevada issued a driver's license for a Toyota Prius using Google's experimental autonomous driving technology. In February of this year, the National Highway Safety Transportation Authority (NHTSA) acknowledged that the artificial intelligence system used by Google's driverless cars could be considered a "driver." As of October 2016, Googleâ€™s driverless cars have accumulated more than 2 million miles.

In response, Apple recently appealed to the NHTSA to urge the authorities to promote â€œfair competitionâ€ between newcomers in the automotive industry and traditional car manufacturers, and for the first time publicly admitted that they are developing self-driving cars. According to people familiar with the matter, as early as 2014, Apple has launched a car project, code-named "TItan", with a team size of more than 1,000 people, and plans to launch its own Apple car products in 2020. .

In comparison, China's driverless cars are not inferior. On September 1, Baidu Company unveiled the unmanned vehicle again at the â€œ2016 Baidu World Congressâ€ and announced that it has been approved for the California Road Vehicle Test License. This is the 15th relevant license in the world. During the â€œ2016 World Internet Conferenceâ€, which just ended last month, Baidu unmanned vehicles first carried passengers on the road and completed the test experience of more than 200 guests on a 3.16 km long city road in Wuzhen, Zhejiang.

The 21st Century Business Herald reporter learned that since the launch of Baidu's unmanned driving project in 2013, the three-year incubation period has enabled it to complete complex driving actions including switching lanes and overtaking on urban roads and highways. However, Wang Jin told the 21st Century Economic Reporter that the current configuration of unmanned vehicles does not necessarily reach an optimal state. "We are still in the field."

Tesla, who was exposed in early July this year, "automatically driving a car accident" seems to be still vivid. A member of the former US Navy SEAL, named Joshua Brown, was driving a Tesla Model S and colliding sideways with an 18-wheeler truck that was ready to turn left. Mr. Brown died on the spot. . This casts a shadow over the aura of the driverless technology.

"In fact, Tesla's driverless car is only a driverless Level 3, and has not yet reached the full sense of full automatic driving." A driver in the driverless industry told the 21st Century Business Herald, "At Tesla During the driving process, part of the environment perception and operation still needs manual operation."

It is understood that the current unmanned system is divided into four levels, including Level1 (assisted driving level), Level2 (partial automatic driving), Level3 (highly unmanned driving) and Level4 (completely unmanned). What is different from Level 4 is that the top three cars have some automatic functions such as automatic driving, cruise fixed speed, automatic parking, etc., and still rely on human control to a certain extent. Level4 can completely drive driving tasks. system.

At present, most of the traditional car companies are still taking the â€œsafeâ€ route and cutting into the automatic driving field. Some "radical" technology companies start directly from Level 4 (completely unmanned), with Baidu and Google being the most representative.

Baidu and Google Unmanned Vehicles have similar technical principles in intelligent driving. They use the top lidar to draw the surrounding environment, measure the distance by laser reflected wave, and measure the acceleration and angular velocity of the vehicle in three directions by vehicle radar and position sensor. After the data is combined with the GPS, the position of the vehicle is calculated, and all the data is processed, and the artificial intelligence "brain" makes the driving judgment.

As of October this year, Googleâ€™s 60 self-driving cars have traveled more than 2 million miles. Since May 2015, Googleâ€™s unmanned vehicles have experienced an average of 15.4 failures per month, a significant reduction from 2014. Baidu did not disclose data on the mileage and failure rate of unmanned vehicles to 21st Century Business Herald reporters.

But this does not mean that Baidu has no confidence in its own car. â€œWe currently have the best vehicle identification capability in the world.â€ A Baidu unmanned vehicle team staff told 21st Century Business Reporter, â€œBased on the latest results of the KITTI evaluation in August this year, Baidu unmanned vehicles are in vehicle testing. Ranked first, with 4 of the 6 indicators being the first."

In addition, in Wang Jin's view, safety is the top priority of Baidu unmanned vehicles. "Baidu cut into the Level 4 level, using very expensive laser sensors from the beginning, and ensuring safety first, regardless of cost, and looking for ways to reduce hardware costs in the future." Wang Jin stressed, "We hope that the safety of Baidu unmanned vehicles is human. 100 times the driver."

Despite the muscles of the tech giants in the past few years, they have not only been involved in high-precision maps, intelligent driving algorithms, and intelligent driving systems, but also intend to enter the whole vehicle manufacturing and develop their own driverless cars. However, after several years of panning, many companies began to switch strategies.

Apple is an obvious example. Earlier, it was reported that hundreds of employees of the Apple Automotive project team left the company. The senior team also decided not to consider developing a complete car product that competes with Tesla, but let the shrinking team fully develop the driverless car system. .

Google is also true. In 2014, Google released a prototype of a driverless car, announcing that it will be available in 2020 without a pedal and steering wheel. Recently, however, Google announced the split of its unmanned business, formed an independent subsidiary and officially named it Waymo. According to the statement of the new company CEO John Krafcik at the press conference, Waymo will not become a car manufacturer. This also means that Google has revised its positioning in the driverless field and will become a driverless technology supplier.

In contrast, Baidu's positioning in the unmanned vehicle industry chain is more firm and clear. â€œWe are a provider of unmanned vehicles,â€ Wang Jin repeatedly stressed to reporters. â€œWe believe that driverless driving is a long industrial chain. Baidu hopes to build the entire ecological chain through cooperation. perfect."

In fact, "there is a specialization in the industry" may be the best "opening method" for unmanned vehicles. "The bottlenecks in the development of unmanned vehicles include technology, laws and regulations, infrastructure, etc. In terms of technology, there is no fundamental bottleneck in software. The biggest bottleneck is the integration of existing technologies and the ability to integrate technology across industries." Chen Anning, executive deputy general manager of Chery Automobile Co., Ltd. pointed out the status quo of the human-car industry.

In the current unmanned vehicle industry, Baidu and Google have the strengths of software technology, relying on their own artificial intelligence technology advantages, and are quite eye-catching in the driverless system, and traditional car companies such as Ford, BMW, Honda, etc. Because of the accumulation of many years in the automotive field, the same is also unmanned.

However, a true driverless car needs to combine the technical capabilities of artificial intelligence, as well as mature vehicle technology that guarantees hardware safety and ride comfort. How to integrate software and hardware is a challenge for all companies involved in unmanned vehicles.

â€œIn fact, traditional automakers have the advantage of integrated technology. In the past, automakers integrated engines, internal combustion engines, and batteries into one car. However, unmanned vehicles involved cross-industry capabilities, which is a test for automakers.â€ Chen Anning admits that the current cross-industry technology integration has not yet been implemented by any enterprise, including technology companies such as Baidu.