As early as a year ago at PGW (Paris Game Week), Crytek announced the exclusive Robinson: The Journey game that belongs to PlayStation VR. At this year's E3 2016, this game has new news. 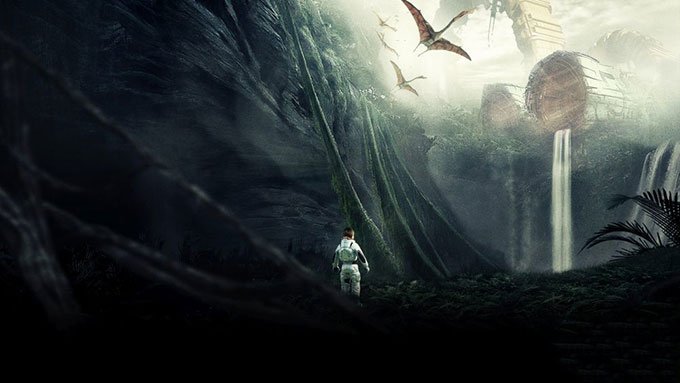 On June 14th (local time in Los Angeles), Crytek released the Robinson: Journey Trailer at the recent E3 2016 show. The game's trailer showed from the first player's perspective that â€œbecause of the crash of the spacecraft, the gameâ€™s protagonists were Abandoned in a mysterious solar exoplanet adventure, "Stuck in the open space outside the universe of the spacecraft's doors, players can imagine seeing a meteor shower, living together with dinosaurs, you can also explore the surrounding vision has never developed Virgin land."

"Robinson: The Journey" is another exclusive game of PS VR, but it is intriguing whether the rendering effect we see in the trailer is consistent with the experience we experienced after we got PS VR. Nevertheless, as a In the first-person game, you will also have a suspended robot partner. In the game, we still have a lot of places to learn because we are not familiar with the game mechanics and control programs. When this game was launched, I didn't know that Crytek was perfect. How much is the game? PS VR will be sold for 399 US dollars on October 13.

"Robinson: The Journey" is far from being the first game ever produced by Crytek. In the past few years, two Dinosaur Island demos and its sequels have been produced by Crytek and there is an exclusive game recently played on Oculus. The Climb and The Climb will soon be updated to support Oculus Touch, and Crytek recently released the CRYENGINE game development kit, which is provided free to VR game developers.