On August 10th, LeTV Holdings announced that it will invest 20 billion yuan to build the LeTV Supercar Eco-Experience Park in the Moganshan Economic Development Zone in Deqing County, Zhejiang Province. These include the LeTV supercar factory with an annual production capacity of 400,000 vehicles and the eco-friendly town of Leshi. 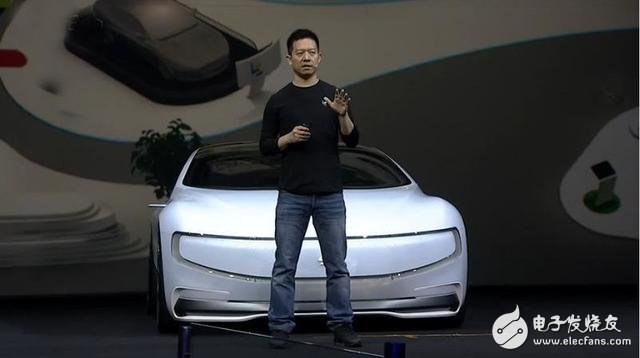 The plan released by LeEco shows that the first phase of LeTV Auto Plant has an investment of 6 billion yuan and an annual production capacity of 200,000 vehicles. The second phase of the project is planned to start construction within two years after the first phase is put into operation. The project capital and planned annual production capacity are the same as the first phase. In addition, the administrative office area and supporting facilities constructed in conjunction with the park will have an investment of 2 billion yuan.

Jia Yueting told the media such as "China Times (public number: chinaTImes)" that the LeTV supercar factory is the first high-end D-class car production line with independent intellectual property rights in China, including four major processes of stamping, welding, painting and final assembly. And the production of three electric systems for batteries, motors and electronically controlled electric vehicles. In addition, the Moganshan plant will be fully open to all of LeTV's partners.

Shen Guojun, executive president of Zheshang Association, is the matchmaker of LeTV.

Jia Yueting said that LeTV has been hoping that the first car factory will be closer to LeTV in the past 2-3 years. However, under the matchmaking of Shen Guojun, LeTV decided to land in Zhejiang on the day of the visit of the Zhejiang government. Shen Guojun revealed that it took only more than a month from the negotiation of the two sides to the launching ceremony.

Liu Hong, vice chairman of Leshi Holdings, revealed that the super car park will break ground at the end of this year or early next year, but he did not disclose the specific production time.

The LeTV auto financing plan that has flowed out before shows that â€œthe compact model is mainly for the Chinese market. It is planned to be launched in 2018 and will occupy a market share with a low price strategy.â€ According to the reporter, LeTVâ€™s car platform is easy to use. And the electric car time-sharing platform Zero Pai Le enjoy will be the main digest channel and operation platform of LeTV super car in the early stage.

According to the reporter's understanding, in addition to the Moganshan factory in Zhejiang, LeTV's vehicle production is currently in foreign countries. Zhang Hailiang, president and COO of LeTV Supercar China, also told reporters and others that the car was the first to achieve a global layout within LeTV.

In January 2016, LeEco confirmed the investment in Faraday Future. It is reported that Jia Yueting is the main investor of the company. In November 2015, Faraday announced that it will invest $1 billion to build a factory in Nevada. Its first product is to locate a high-end electric sports car, and the product is aimed at Tesla.

In February 2016, LeTV announced a joint venture with Aston Martin to develop Internet automotive technology. The above financing plan shows that LeTV will launch a joint development model with Aston Martin in 2017, with a limited edition of 3000-4000 units worldwide.